Have you seen something so impressive?

I dreamt for so long to see the Cliffs of Moher personally. I have seen them in documentaries, on pictures, on movies and they seem so unreal to me. An intangible dream. In March 2017 we went to Ireland and the intangible dream became a real encounter with the magnificent beauty. Impressive carving, dramatic color … END_OF_DOCUMENT_TOKEN_TO_BE_REPLACED

A very cute representation of Leprechaun and fairy houses in Bunratty Castle & Folk Park in Ireland.

A house divided against itself will fall…

Look around and be amaze

Don’t let a defeat moment blind you and don’t let you see where you are. Look around and be amaze, get strength and keep going. xamlinnette

Let us be Light and Darkness…

Give light, and the darkness will disappear of itself. Desiderius Erasmus

While in Malaga we visit Juanito’s Farm. He is a humble person with a delicious business. He shared with us a little bit of his knowledge of the citrus world. 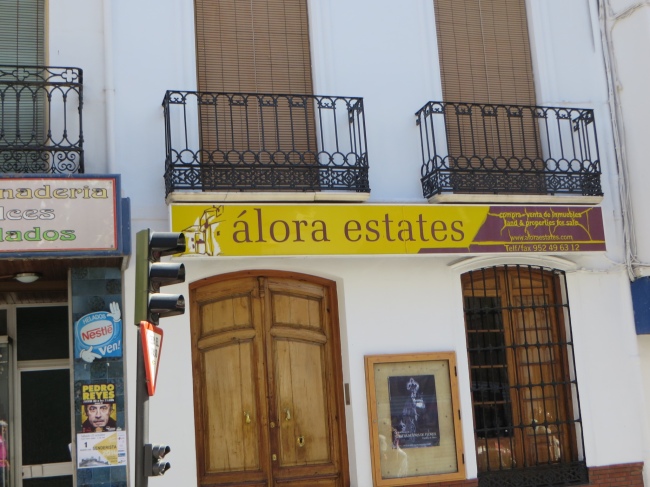 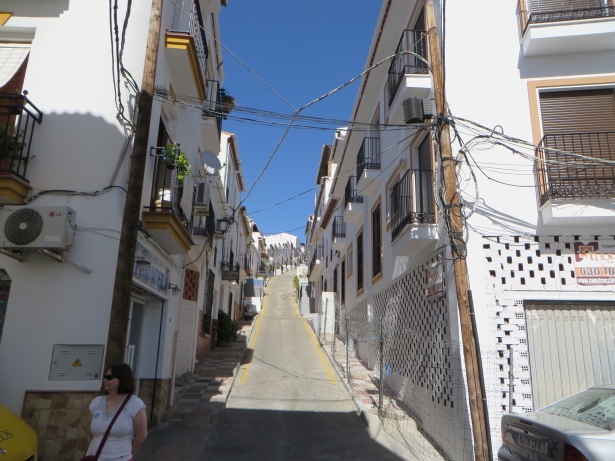 To have a small taste of a typical Malaga town we visited for a little while the town of Álora. Dressed in white, Álora is sitting between mountains but still the heat could be severe and to keep herself a little bit cooler its dresses in white.

We arrived there around 2pm. The whole town was taking a break so there were no business open until 4pm. This is typical in small towns. 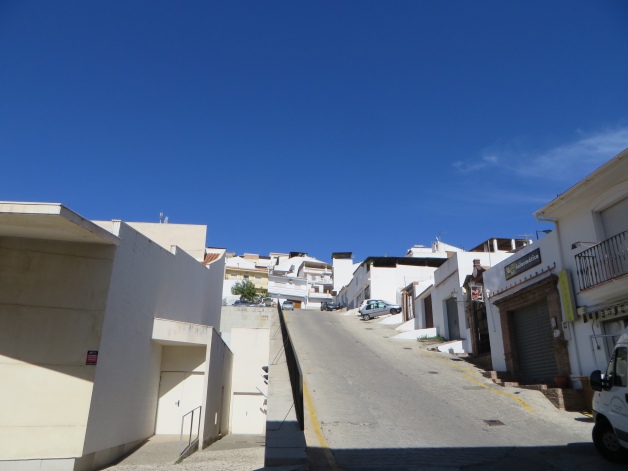 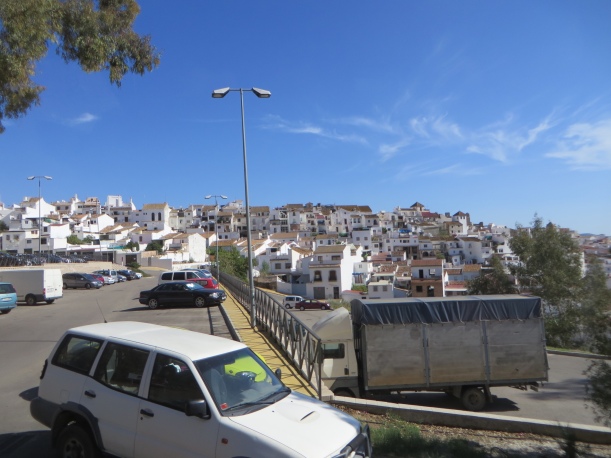 After leaving the town of Álora we kept going deep in the mountains, passing by the “El Caminito del Rey”(The King Little Pathway). This is a concrete pathway trail that King Alfonso XIII once crossed to inaugurate the Conde del Guadalhorce water reservoir and since then its been called like that.. Now days people who like climbing could explore El Chorro Gore where this pathway is, but its a very dangerous one.

We keep going deeper and deeper in the mountain, which felt like a never-ending dangerous curve street with very inspiring views. Thanks God our driver maneuver well the dangerous road. Sometimes I caught myself praying to God that our huge bus had wings and fly to our destination. Once there we rush the beauty through our eyes and camera because we only had like twenty minutes to take it all in.

After a photo shoot session, ice cream for me, coffee for Jorge and 10 minutes of wifi, we left the hidden gem. All back at the bus we kept admiring the view and the Malaga history that our tour guide was teaching us until we were back at the cruise.

We left the city behind and a brown mountain receives us with friendly smiles. The day was sunny and hot, while getting closer to the rural area, its imposible not remembering my Puerto Rico (PR). Even though the mountains are not lushes green like in PR, still they are mountains and I am on lack of them, living now for 18 years on my beautiful but flat Florida. Still there are more things that remind me about Puerto Rico. There are this concrete houses, here and there blended with the mountains just like in my little island. This make me wonder about the 400 years of Spain influence in my country, definitely stronger than the 116 years of American influence. But the American influence it’s making its way in, that is for sure and another that’s another subject to talk in another time.

We made it to Juanito’s Finca and the owner himself received us and walked us throughout ht his citrus farm “Finca”. He talk to us about the different oranges, limes, lemons and other fruits that they grow at the farm. 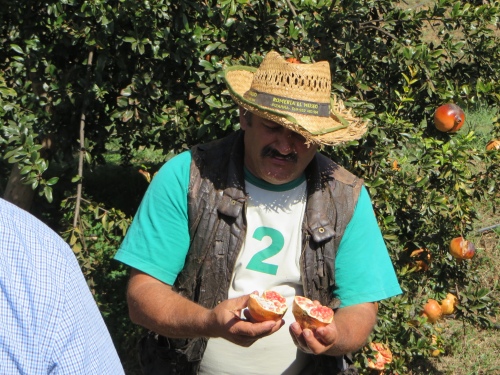 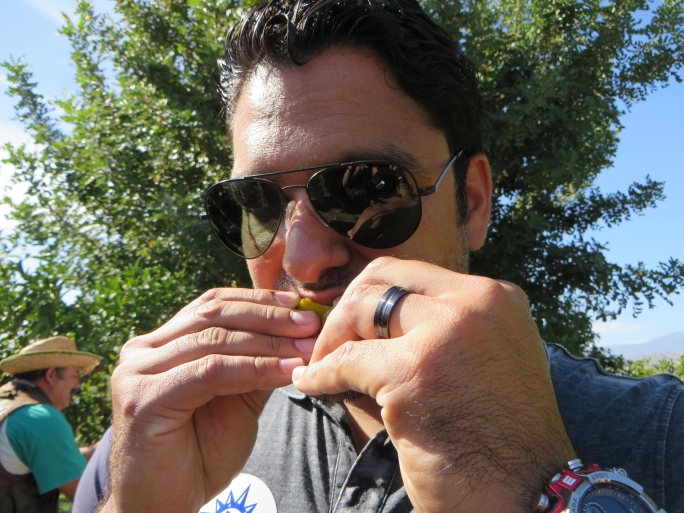 Juanito happily grabbed a fruit, ask the crowd if we knew what it was and after, he cut it in half, and he would tell us the specific name of the orange. Then with his worker’s hands and a knife that he uses to point things out, cuts the orange in pieces and give a piece to everyone that wants to try it. Juanito’s assistance also help giving pieces away with a humble smile in his face.

Later on, they concluded our tour treating us with some Spanish appetizers and fresh orange juice. 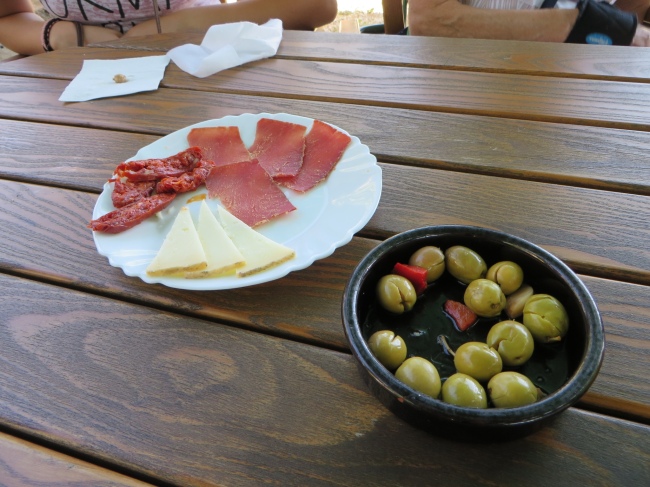 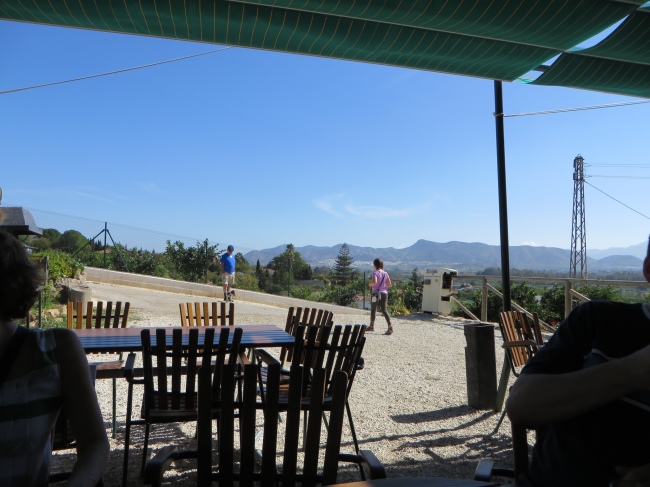 The strong flavor of the olives made my face to wrinkle, still I ate two of them. I couldn’t eat more than that. Now, the sweet flavor of the Orange juice put a wrinkle free smile on my face. After we finished with the appetizers and a bathroom break, we kept our tour to the town of Álora and later to visit “El Caminito del Rey and a water reservoir “Presa Conde de Guadalhorce”. 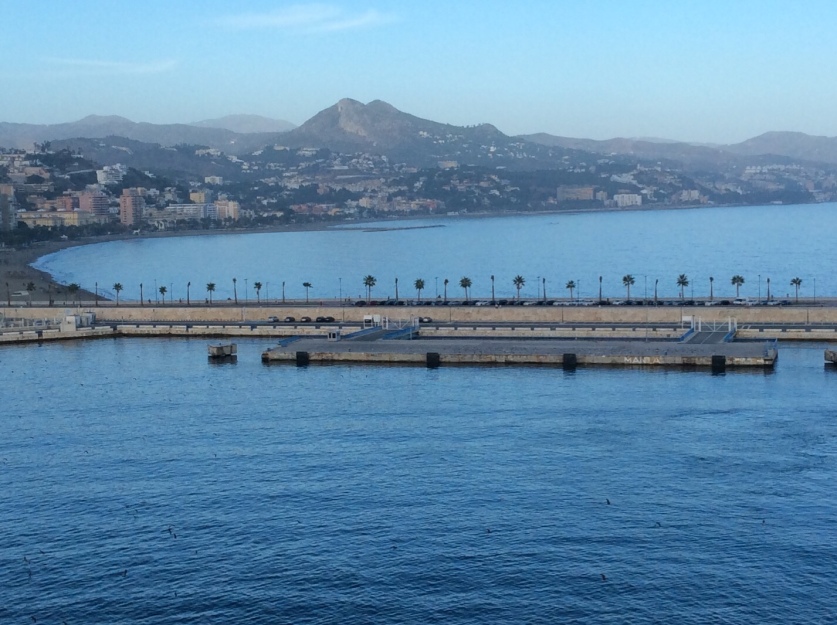 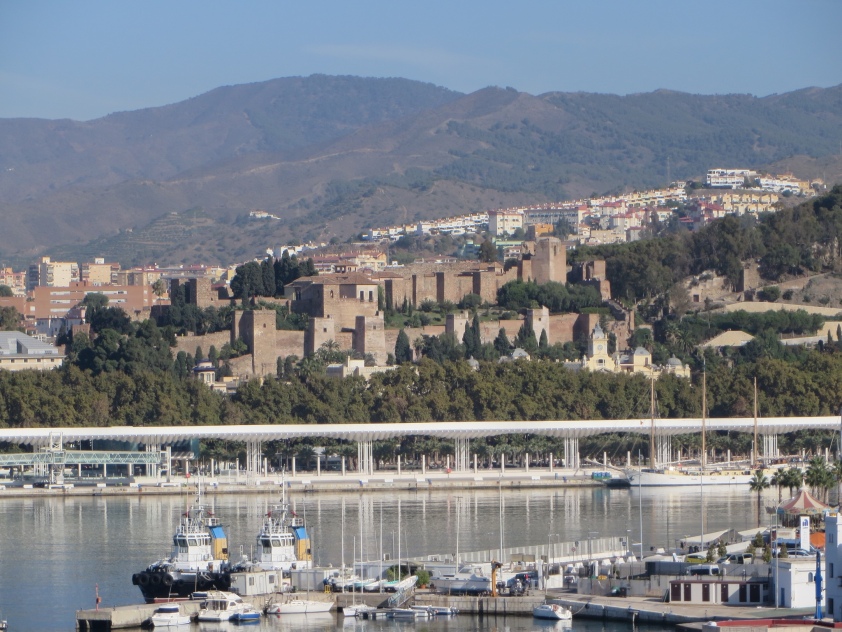 There are so many things that I could talk about Malaga and our 5 hour experience in town. But first I want to share my first impression, in other posts I will talk about our tour and the places we visited.

As you can see in the pictures above, the port looks clean and inviting. And that’s the way it kept looking as we went in and through the city in our bus tour. Looking through the window for a moment I regret not staying around and explore the city on our own. 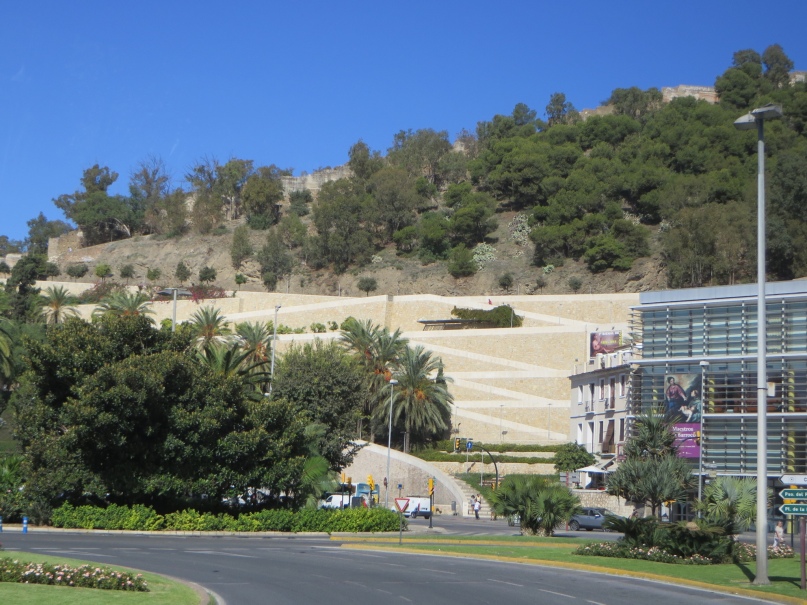 Our tour took us out of the city to a rural area, which I will talk more about it later. Everywhere we looked in general had a nice city look, full of life and with so much to offer. I looked through the bus glass window with a sun-ray blinding one of my eye. Fountain pouring it’s crystal water, people crossing the street while looking up to the mountain looking at the moorish castle, streets clean and I don’t know how may trees wave goodbye at us while we pass by the Botanical Garden. All this and more means we’ll have a good excuse to come back to Malaga someday.

Something we learn is that the city is warmer than we expect it. Malaga and all the Costa del Sol towns are like Florida to United States. All people from the North come during cold weather because is always sunny and warm.

We learn that Picasso was born here in Malaga and later moved to France where he lived the rest of his life. Now thanks to a grandson and daughter in law, Malaga have a collection of Picasso’s work in his home town. People that love art and museums will have agreat time in Malaga, there are plenty of museums including a Picasso museum.

So, I guess knowing a city for the first time is like meeting somebody for the first time. That first impression could make you want to know more about this “person” or city or it could make you want to run away the other way. I know is not fair to make a conclusion of nobody or any place until you give it a chance to know more about it. But for sure a good first impression could be inviting, refreshing and leaving you with desires of knowing and learning more. This is what happend to me when I start seeing the city and our tour guide was telling us so many great information about it while traveling through and out of the main city with a destination to our first stop “La Finca de Juanito”. 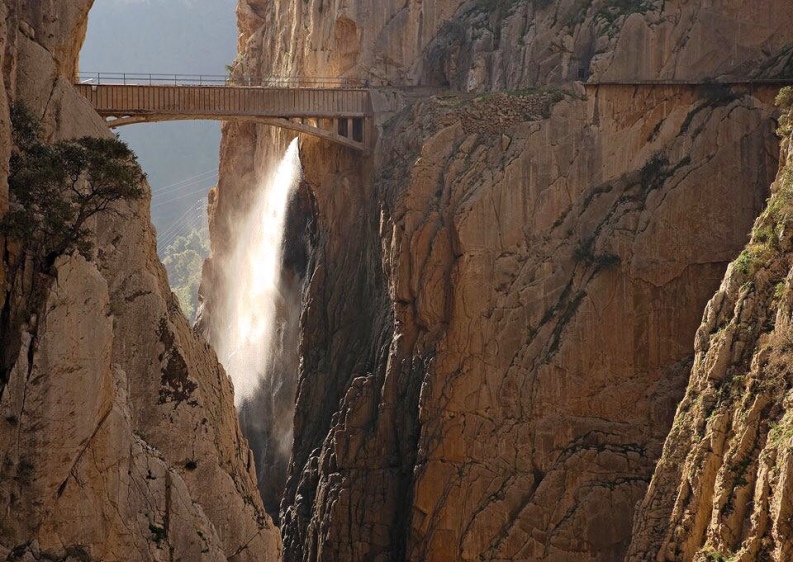 This will be our first stop on our Mediterranean Cruise.