This series is about my visit to Wyndwood Walls in Miami. Wyndwood Walls is s street art museum, where walls are converted in giant canvas with street art. The art is very colorful and I wanted to give a little twist to my visit there and make it a little surreal experience of my own.  … END_OF_DOCUMENT_TOKEN_TO_BE_REPLACED

Sitting on a picnic table while drinking a special beer that I never tasted before I was watching a group of people carrying tradition across time and distance.They dance happily, making a human chain and moving around the place.

The location was filled with happiness, smiles and joy. Even though I wasn’t dancing, I enjoyed watching humans embracing distance and time to celebrate and keep a tradition that started back in 1810 in Munich, Bavaria,Germany. I was happy that we decided to stay and learn more about folklore and culture from another country here in my own backyard.You see, when we got there, what we saw it was not what we were expecting. I find out about this activity on my search of things to do here in my home town beside I heard before about Oktoberfest been the biggest beer festival ever. I also knew that other cities across the world also hold Oktoberfest celebrations, modeled after the original Munich event, so I though it was going to be a huge festival. When we walk in to the area, Jorge and me looked at each other, while also looking around and trying to find the awesomeness of the festival. But we judged to quick and got disappointed immediately. It wasn’t big, it didn’t look awesome. We decided to stay, try the beer and leave. But I was glad things change in me, when I got infected with the cheerful environment, then I was able to see that the fun is within you, the attitude you have toward things. 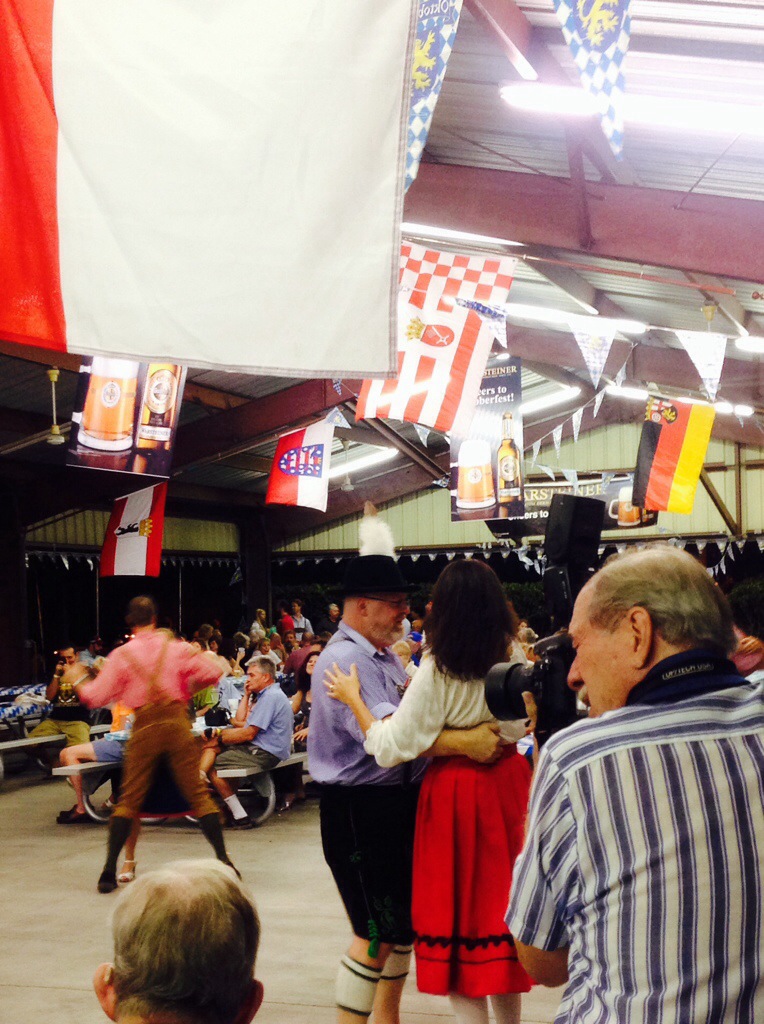 There were a group of people who were dressed with their traditional costumes, giving the vibes of their home land. Sipping to the unknown cold beer I started to record some of the interesting things that happened that saturday night. Beside the dancing and the music with lyrics that I didn’t understand, they also did some competitions. First the women, all line up one beside the other, with a huge beer cup filled to the top, they supposed to hold the cup up with one extended arm. The person that could hold the cup up longer was the winner.

Then the guys turn….

We had a great time, celebrating with strangers some traditions that we never seen before. We sheer some of the people who were doing the competition, we clap at their music, we drank some unknown beer for us. But the most cool thing that we learned that night was to know that this was the second year that they celebrated Oktoberfest in Orlando and everything monetary collection from the activity was going to be donated to Shriners Hospital for Children. That is a great thing! No matter our backgrounds, culture, or believes we can work together for a good cause. I hope next year more people join the activity. Maybe, just maybe I will dance and Jorge participate on the competition… Maybe 🙂