Traveling Through Nature and Defining Beauty

Let’s see what we can find… Life is just happening. What else we can see through the tall grass? Beauty in form of a pure white bird. Sometimes beauty is hiding in the little things. Maybe beauty is peace. Beauty is holding on tight. Maybe beauty is hidden in patterns of yellow flowers… Beauty could … END_OF_DOCUMENT_TOKEN_TO_BE_REPLACED

In this drive you will see wildlife and Florida Landscape.

Some close ups of the osprey on the top right corner of the first image. This is in Lovers Key State Park, I was looking for dry trees to photograph. These particular trees have been affected by erosion, the are dry and bleached by the sun. Eventually they will become drift wood. Both stages of … END_OF_DOCUMENT_TOKEN_TO_BE_REPLACED

Walking through the bricked streets of Winter Park, we were getting closer to our destination. In a steady pace we kept moving forward, even though we were looking for a relief of the afternoon heat that was melting us away. Finally we got to the happy place, which has a sign by the entrance that read “Casa Feliz” that means “Happy House”.Once we enter the Andalusian style farmhouse, we were welcomed by the sound of a familiar American song, mix with rumba; Hotel California was being played by Luis Alfredo Garcia, the guest musician for that Sunday, with his classic guitar he gave this famous song a Spanish feeling. As soon as we opened the door we breathed a more refreshing environment. The classic guitar sound filled the 1933 historic house as the nice cool air did, giving us a very welcoming moment. We got there around 12:30pm, Luis Alfredo, the guest musician, had already started at noon, but it is normal to come and go as you please during the music performance at the Music at the Casa event every Sunday from 12 to 3pm. 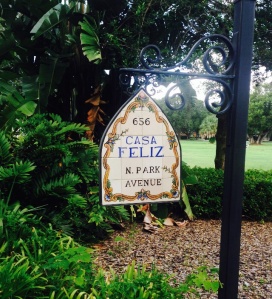 Once we spot some chairs on the back, we sat and continued enjoying the rest of the song. We were at the very back of the salon, which was once the living room of the antique museum home; they had around 40 chairs arranged like a theater.

The smell of old wood and the next bolero that Luis Alfredo was playing, definitely can take you back in time. People kept coming, the room got almost completely full. I stared out through the glass door looking at a fountain in the interior courtyard with the flowing of the water, my thoughts transported me back in time just like in a movie. I wondered how Mr. Robert Bruce Barbour was so pleased with his beautiful house and exquisite architecture. I don’t think that Mr. Barbour was strict or tight at all about the style of his house, at the contrary he was very open, when he ask Mr. James Gamble Roger II to design the house anyway he wanted to, Mr. Barbour even said to Mr. Roger that if for any chance he didn’t like the style of the house after completed, he would sell it. But I guess he knew exactly what he was doing asking this young architect at that time, to build his house. Mr. Roger’s style flowed effortlessly from French Provincial to Spanish Colonial, and I think that was exactly what Mr. Barbour was looking for and indeed he loved his historical home.

A few songs later, after my mind stopped the wonders, Luis Alfredo was playing another rumba. The rhythm of the song was so intense that it caused me wanting to move to the sound of the music. My whole body wanted to dance, but I simplified my moves by just taping my foot on the floor following the pace. I kept looking around and while we were enjoying the music, other people were exploring the house with the official tour guide from Casa Feliz. A few more songs until Luis Alfredo played Piel Canela from Bobby Capó (a puertorrican singer and song writer) while he played the song all the Latinos or maybe puertorricans guests (I am not sure) sang along. You could know when he finished the song, because of all the happy applause and excitement that was in the crowd. Our musician for that day interact nicely with the guests between songs, with his heavy Hispanic accent he introduced his music and songs. His repertoire was extensive with some songs from Puerto Rico, others from Venezuela and others from around the World. Every time people recognized a song, they sang along. After the musician took a break, Jorge and I decided to explore the house; every room has a piece of history, we took some pictures, imagining how life was back then. 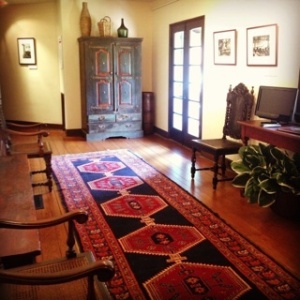 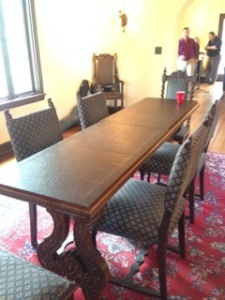 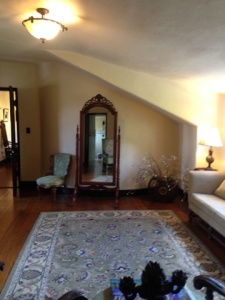 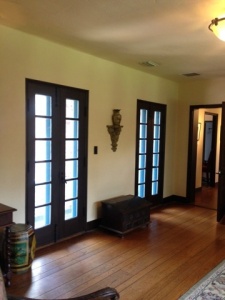 Casa Feliz once was a home for the Barbour’s, now is a Historic Home Museum that represents history and culture. Casa Feliz promotes historic buildings and sites in Winter Park and culture events like “Art at the Casa” and “Music at the Casa” featuring the work of local artists and musicians. The Happy House can also be rented for events and weddings. If you are interested in knowing more information about everything they offer, you may visit their website, www.casafeliz.squarespace.com.